The Min-On Concert Association will hold the 19th Tokyo International Music Competition for Conducting in September and October 2021 with the aim of unearthing and nurturing talented young musicians. At the online press conference held on August 27, we presented an outline of the competition’s implementation rules and also announced Mr. Tadaaki OTAKA’s appointment as the new Chairperson of the Panel of Judges.

The press conference began with the address of the President of the Min-On Concert Association and Chairperson of the Organizing Committee, Mr. Kazuto ITO. Following this, the Executive Director of the Min-On Concert Association and Chairperson of the Executive Committee, Mr. Hideo MURATA presented an outline of the implementation rules for the competition, for which applications will be accepted starting February 2021. This was followed by a few words from the newly appointed Chairperson of the Panel of Judges, Mr. Tadaaki OTAKA. The second half of the press conference included a conversation between Mr. OTAKA and Mr. Takuo IKEDA, a music journalist. The details of the press conference will be published on our official website in a few days. 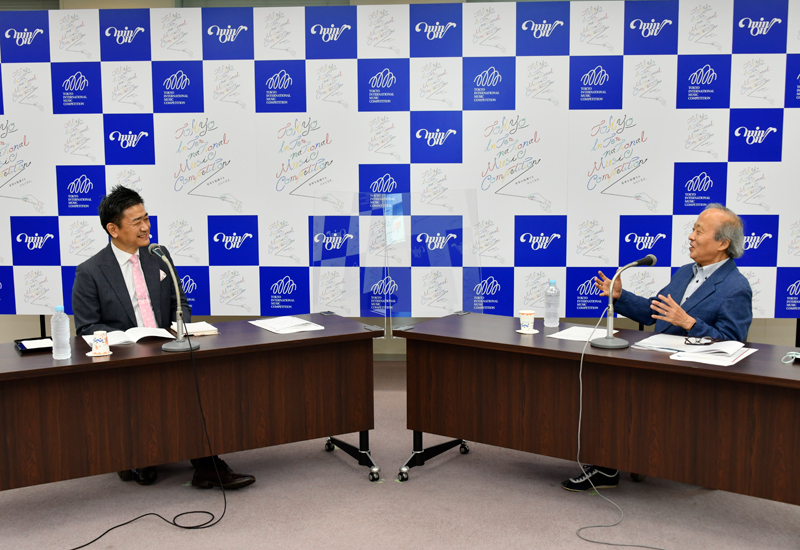 At the upcoming competition, the Tokyo Philharmonic Orchestra will perform for the preliminary rounds to be held in September, while the New Japan Philharmonic will perform for the final round to be held in October. Apart from Mr. Tadaaki OTAKA, the Panel of Judges will include Ms. Sian EDWARDS, Mr. Dan ETTINGER, Mr. Junichi HIROKAMI, Mr. Michiyoshi INOUE, Mr. Okko KAMU, Mr. Rainer KÜCHL, Mr. Jun MÄRKL, and Mr. Ken TAKASEKI (in alphabetical order). We also plan a Japan Concert, to be performed by the NHK Symphony Orchestra, and a Hungary Concert, to be performed by the Budapest Philharmonic Orchestra, as Debut Concerts for Prize Winners to be held in 2022. Applications will be accepted starting February 1, 2021 and until May 6, 2021, and can be submitted either via post or online. For details, please see “Regulations for Participation” on the official competition website at https://www.conductingtokyo.org/eng/news/detail_36.html.